John Mellencamp Won't Quit Smoking As It's "A Little Late"

John Mellencamp has decided not to quit smoking as he thinks it's "a little late to give up" and the damage has already been done to his lungs. 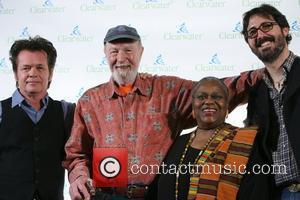 Rock singer/songwriter, John Mellencamp, has given up any and all attempts to quit smoking, having resigned himself to be a smoker for the rest of his life, as he's been addicted to nicotine for so long. The 'Cherry Bomb' singer originally stated in 2010 that he was going to quit smoking when his son tried to convince him in 2009 but failed.

Related: Meg Ryan And John Mellencamp Split. Why is Meg Ryan So Unlucky In Love?

While Mellencamp's children have stopped pressuring him over quitting, he thinks that it wouldn't be worth the time anyway, as after smoking for almost 59 years, he thinks that the damage to his lungs has already been done. Mellencamp explained: "I think they're annoyed that their dad's smoking. They're worrying about having to smell the second hand smoke (rather) than their dad smoking. About a year ago, a guy counted up how many cigarettes I'd smoked - over 650,000 cigarettes. So I'm toast. It's a little late to give up!"

Before suffering from a heart attack in 1994, the aging singer supposedly smoked around four packets of cigarettes each day.