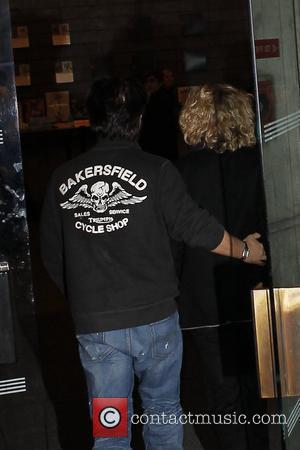 John Mellencamp's estranged wife ELAINE IRWIN is refusing to let her divorce from the rocker get her down, insisting she is embracing the "change" in her life.
The veteran musician announced in December (10) that he had separated from 41-year-old model Irwin, and filed papers to legally end their 18-year marriage earlier this month (Jan11).
But Irwin, who has two children with Mellencamp, is adamant she's handling the break-up well and is ready to move on.
She tells GlobalGrind.com, "The only thing certain in life is change itself. Change is good, some would say it is our greatest teacher, and I am embracing it."
Mellencamp, 59, is now reportedly dating actress Meg Ryan.