John Milius - E[ix and The USC School of Cinematic Arts Present a special Screening of "MILIUS". Milius will premiere on Epix on Saturday January 11 at 8pm. Milius examines the life story of one of the most influential and controversial film directors in the history of Hollywood, John Milius. - LA, California, United States - Friday 10th January 2014 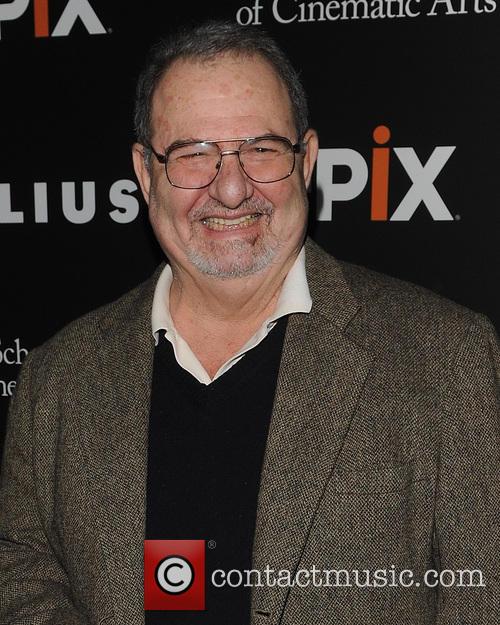 A biography of iconic filmmaker John Milius, this engaging documentary features some of the biggest stars of all time talking about their friend who changed the movies forever. And he's got such a huge presence that we love listening to his stories almost as much as we've loved watching his films over the decades. This movie also explores his controversial image as a right-wing gun lover, but the salient fact is that his friends and colleagues clearly love him dearly.

John Milius has always been a man's man. His asthma prevented him from joining the military, so he instead went to film school in the 1960s with a group that included Lucas, Spielberg, Coppola and Scorsese. And these young turks were exactly what cinema needed as the studio system ended. Milius' uncredited screenplay for Dirty Harry got him work as a writer and director, and his crowning achievement remains the screenplay for Apocalypse Now. He's also proud of his passion project Big Wednesday, an iconic surfing film that vanished without a trace when the studio abandoned it. But everything changed with Red Dawn, the teen fantasy that gave him his pro-gun reputation as a pariah. He's been less busy since, but is still working on his long-gestating epic about Genghis Khan, even though he has spent the past few years recovering from a debilitating stroke.

Like Milius himself, this is a beefy, jovial movie that zips along at a fast pace, observing telling details everywhere without any real criticism. Milius calls himself a "zen anarchist" rather than a conservative, and it's fascinating to see his life-loving personality emerge in the clips. Meanwhile, we see all of the iconic lines he's written and cinema-changing moments he's had a hand in, from writing Robert Shaw's amazing USS Indianapolis speech in Jaws to teaching Arnold Schwarzenegger how to hold a sword for Conan.

Wu Tang leader turned actor turned director RZA will follow-up his directorial debut The Man With the Iron Fists with a biopic on Mongol leader Genghis Kahn, the Hollywood Reporter has revealed.

RZA is teaming up with filmmaker John Milius to bring Genghis Khan to the big screen, with Milius providing the massive screenplay and RZA stepping behind the camera again. The hip-hop legend has another project up his sleeves too, as it has also been announced that he will helm the upcoming action thriller No Man’s Land.

The proposed biopic has been in the pipeline for years now, with Milius having written the screenplay and signing on as executive producer for some time now. It is with the announcement that RZA will direct that the film has finally been given some kind of confirmation that it will come into fruition in the near future, although an exact date has not been given yet. Andre Morgan and Peter Lam have signed on to produce the project, with filming expected to begin next year in China, where RZA filmed most of TMWTIF.

Continue reading: RZA To Follow Up ‘Man With The Iron Fists’ With Genghis Khan Biopic