Does John Oliver Work As Host of the Daily Show? You Bet He Does.

John Oliver went down a storm on his first night sitting in for Jon Stewart. 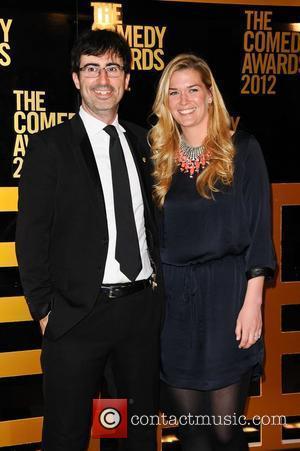 John Oliver made his debut as Jon Stewart's temporary replacement on the Daily Show on Monday night (June 10, 2013) and proved to be quite the hit. The British comedian - recommended to Stewart by Ricky Gervais - used his tried and test brand of self-depracating humor from the off. And it worked.

"I am John Oliver and let's all just acknowledge for a moment that this is weird. This looks weird, it feels weird, it even sounds weird-and this is my actual voice," he began, to a barrage of applause. There was some criticism of Oliver's interviewing techniques, though he had already joked of his disdain for celebrity sit-downs and his questions of comedic actor Seth Rogen were reasonable enough. Mainly he just told the actor that he loved his new movie This Is The End.

Oliver can't lose as Daily Show host. He had a couple of clever tactics for thwarting the critics, firstly thinking out loud how he'd be barracked for the performance, and secondly partaking in a little skit with special correspondent Aasif Mandvi about Buzzfeed apparently posting 'The 27 Worst Moments of John Oliver's First Six Minutes.'

Jon Stewart is off directing his feature-film debut Rosewater, based on the book Then They Came for Me, A Family's Story of Love, Captivity, and Survival, a memoir by Iranian Canadian journalist Maziar Bahari about his 118-day imprisonment following the controversial 2009 Iran presidential election. Jon Stewart Is Off Directing Rosewater