The Manchester band are currently working on their third album which is expected to be released later this year.

The Stone Roses have announced two intimate warm-up gigs ahead of their four-night run at the Etihad stadium in Manchester on June 15, 17, 18 and 19. The band will play Halifax Victoria Theatre on Tuesday June 7 and Carlisle Sands Centre on Wednesday June 8. Both venues have a capacity of around 1,500.

The band made the announcement on their official Facebook page on Saturday morning (June 4) along with details on how fans can get tickets. Tickets were only available to fans who had purchased a Stone Roses vinyl, concert ticket or T-shirt and were capped at two per person.

The song, whose title is yet to be revealed, will be available from 8pm on Thursday evening (May 12th) and will be their first new music in 21 years.

The Stone Roses are to release their first new music in over two decades tonight, as the group announced that a new single would be available from 8pm on Thursday evening (May 12th).

The new track, the title of which was not revealed in the group’s Twitter announcement this morning, will be the first release from a much-anticipated third album, their first since 1994’s ill-fated Second Coming that disappointed fans so much after their legendary self-titled debut in 1989.

It will also be the first new music from the band since March 1995, when B-sides to their single ‘Ten Storey Love Song’ were revealed, called ‘Ride On’ and ‘Moses’ which did not appear on the aforementioned second album.

John Squire’s art studio at his home near Macclesfield has been destroyed by fire, The Mirror reports today (November 23, 2012). The fire, which occurred on Wednesday night (November 21), “severely damaged” the purpose-built barn, which the former Stone Roses guitarist uses to create his abstract artwork. He lost two pieces of work in the fire; they were a part of his Celebrity series and were entitled Aileen Wournos and Harry Houdini. It is believed that the fire was started accidentally.

John Squire’s agent, Vivienne Gaskin, told The Mirror that he was “extremely sad” about losing the two pieces of work and his studio as well. She did state, however, that the damage caused could have ben much worse. “He has got about four of the paintings from the collection in his home and the others have been sold. The studio was built near his home so his family were his main priority but they are all fine." She then added “Knowing that they are safe, he is obviously extremely sad that these paintings have gone and he will now have to completely re-build the studio.”

Other famous folk included in Squire’s Celebrity series include Woody Allen, David Beckham and Lindsay Lohan, as well as more controversial figures such as Josef Fritzl (who held his daughter captive for 24 years) and the serial killer Harold Shipman. 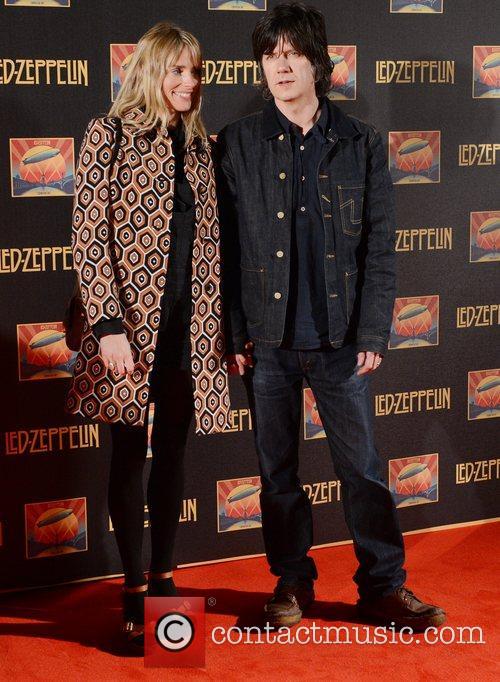