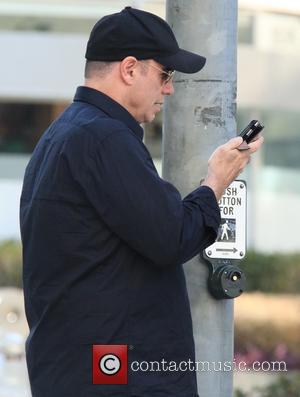 Barbra has been working on the project for years in a bid to take the beloved Stephen Sondheim and Arthur Laurents stage show to the big screen.

Plans began taking shape in 2012 when Downton Abbey creator Julian Fellowes was brought onboard to pen the screenplay, and Barbra subsequently admitted she could see Gaga starring in the movie musical.

She later downplayed her comments, but reports heated up last month (Sep15) when Barbra was photographed posing with Gaga and John Travolta.

Now the Pulp Fiction star has hinted there have been some discussions between the trio about turning burlesque dancer Gypsy Rose Lee's memoirs into a movie.

"Barbra (has been) wanting to do Gypsy for years, and she's been developing it, and I think she always visualised Gaga as Louise and maybe me as Herbie," he told U.S. news show Extra.

The character of Louise is based on Gypsy, while Herbie serves as her manager in the musical.

Funny Girl icon Barbra has previously expressed an interest in possibly directing the project and starring as the main character's mother, Mama Rose.

"I'd like to play (Mama Rose)," she said last year (14). "I think it would be a nice book end to Funny Girl... But if it ever gets made, I see it, I see every frame of it. And I kind of write my notes, and I think it's possibly gonna happen.

Gaga has yet to comment on the Gypsy reports, but she has been honing her acting skills by appearing on Ryan Murphy's American Horror Story: Hotel, which premieres in the U.S. this week (begs05Oct15).