John Travolta and Kelly Preston helped his 'Gummy Bear the Movie' director, Oscar Generale, propose to his girlfriend at the the amfAR's 21st Cinema Against AIDS Gala in France on Thursday night (22.05.14). 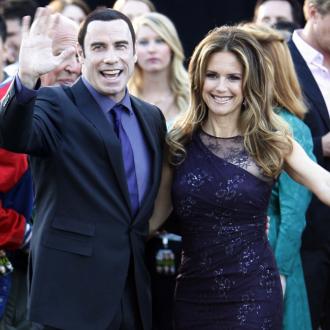 John Travolta and Kelly Preston helped a friend propose at a charity gala in Antibes, France.

The couple, who've been married for 23 years, were on hand to assist his 'Gummy Bear the Movie' director Oscar Generale as he got down on bended knee and popped the question to his model girlfriend, Denny Mendez, on the grey carpet at the amfAR's 21st Cinema Against AIDS Gala on Thursday night (22.05.14).

Meanwhile, Leonardo Dicaprio raised $1 million at the event by auctioning off a trip to space with him in 2015, helping organisers raise a record $38 million for HIV/AIDS research.

The 39-year-old 'Wolf of Wall Street' actor was spotted kissing his girlfriend Toni Garrn, 21, passionately after the auction at the Hotel du Cap-Eden-Roc, despite rumours they had recently split.

An original work of contemporary artist Damien Hirst sold for $15 million, while a 1967 painting of actress Marilyn Monroe by Andy Warhol raised $477,000 for the charity.