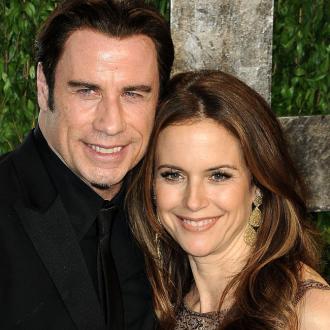 The 59-year-old actor - who earned an Oscar nomination for his role as disco lover Tony Manero in the 1977 film - wowed an A-list audience by showing he's still got the moves as Bee Gees hit 'Stayin' Alive' played at the bash following the Academy Awards on Sunday (24.02.13).

John - who was accompanied by his wife Kelly Preston - did the famous dance which helped him earn a Best Actor nomination and other celebrity guests ''followed and started dancing'', according to the New York Post newspaper.

Meanwhile, the 'Hung Up' songstress took the occasion to dress up, sporting a metallic green Altuzarra dress with black fur trim and a black wig styled glamorously like movie icon Bettie Page.

Posting a picture on Instagram, Madonna, 54, wrote: ''And the Oscar goes to #ALTUZARRA. (sic)''

And posting a headshot of her Old Hollywood hairdo, she questioned: ''Do blondes really have more fun?''