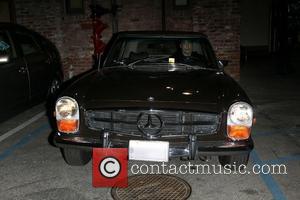 John Travolta has been spotted without his hairpiece on a family holiday in Hawaii.
JOHN TRAVOLTA, the Hollywood actor who often wears a weave when out in public, decided to go without his hairpiece on a recent family holiday in Hawaii, reports the UK's Daily Mail.The actor spent a day by the sea with wife Kelly Preston and daughter Ella, without his head of dark hair. Travolta's locks hit the headlines last month when he opened the 'Breitling' Flagship store in New York City with Canadian hockey legend Wayne Gretzky. The actor attended the exclusive event sporting a head of long, wavy, brown hair but five days later he was snapped with an entirely different haircut in a short crop style. However, during the recent family trip to celebrate his 57th birthday, Travolta decided to ditch the weave completely. In 2008, Travolta appeared totally bald in the movie 'From Paris With Love' and seemed to embrace his natural look, saying, "I like it a lot, because it's a bald look and it allows me freedom to be bald".
JOHN TRAVOLTA and wife Preston welcomed their third child 'Benjamin' three months ago in Florida, less than two years after the tragic death of their son Jett.