John Travolta is reportedly hiding out in the Bahamas following a string of allegations that he molested male masseurs. 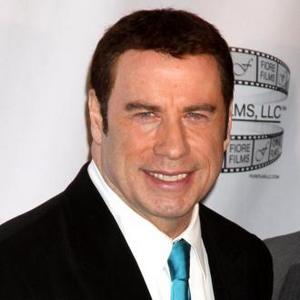 John Travolta is hiding out in the Bahamas.

The 'Pulp Fiction' actor has recently been accused of sexual misconduct from a number of male masseurs - which he denies - and has reportedly jetted off to a vacation home in the Bahamas with his wife Kelly Preston and children Ella, 12, and 18-month-old Benjamin to ride out the scandal, according to E! News.

The house is not the same property where John and Kelly's 16-year-old son Jett tragically died in January 2009.

Earlier this week the family spent time in Florida at their home in the gated Jumbolair aviation community and a nearby Scientology building, where onlookers said they appeared ''normal''.

The witness explained: ''He was at Jumbolair, the whole family, acting like everything was normal.''

The sightings of family unity come after it was claimed Kelly told friends she has ''had enough'' following the allegations and the publication of pictures the star dressed as a woman at a private event in 1997, and had decided to leave her husband.

A source told The National Enquirer magazine: ''Kelly told me their marriage is over.

''She's put up with John's double life for decades but all this coming out in public has humiliated her. Kelly is absolutely destroyed.''

The photographs, which were obtained by National Enquirer, show the 58-year-old actor at a party in Los Angeles wearing a white dress with a bra visible underneath, a brown belt, fur stole, earrings and a necklace, and wears eyeliner, Pink lipstick and a blonde wig.

John's lawyer Marty Singer has strongly denied the claims from four masseurs that the actor behaved inappropriately when they visited him at separate times.