Kelly Preston Considers Having Another Baby 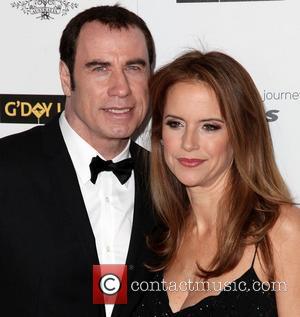 John Travolta's actress wife Kelly Preston wants to boost her brood by becoming a mum again at 50.
The Jerry Maguire star gave birth to son Benjamin in 2010, and credits the tot with helping her cope with the tragic loss of her 16-year-old son Jett, who died after suffering a seizure on a family vacation in 2009.
Now Preston, who turns 50 in October (12), has opened up about her family life in a candid TV chat with Amanda de Cadenet, admitting she would love to get pregnant again - even though motherhood over age 40 is associated with increased health risks.
She says, "I always wanted to have more kids. I feel like I would even have another child, but it might be pushing it.
"I'm not afraid to love and to love deeply. My kids help me with that. They open up your heart so much. There's nothing like the love of a child... it's the greatest thing ever."
Preston, who is also mum to 12-year-old daughter Ella Bleu, tells DeCadenet that although she'll never fully recover from the "unfathomable" pain she suffered after losing her teenage son, she is enjoying life again.
She explains, "I've had enormous loss. Nobody should have to lose a child. It's unfathomable. But I'm here to say that you can get through it. You can live again. You can want to live again...
"Everybody grieves in their own way. I felt at times like I was drowning. It felt like a sea of wet blankets. And then I just peeled them off, layer by layer, so that I can now say, 'I want to live.' I love life. My life is beautiful and amazing."