Fioravante is paid to sleep with beautiful women, what could get stale?

The trailer has been released for upcoming comedy drama Fading Gigolo, the movie that sets out to test one man's endurance of having someone find and pay for women to sleep with him. It's actually skint florist worker Fioravante who gets paid for sex though, as the movie twists the common assumptions of prostitution. John Turturro's Fioravante Is Paid To Sleep With Beautiful But Lonely Women.

John Turturro's character decides to accept a rather unusual job offer from his friend Murray (Woody Allen) who recently learned that his dermatologist and her friend were looking for a stranger to try out new sexual experiences with. After Fioravante consents, Murray charges the women $1,000, sends his friend to carry out his assigned task whilst keeping a portion of the cash for himself.

The situation snowballs and Fioravante, who receives regular "work," decides that he rather enjoys being a gigolo for shy and lonely women. That is, until he meets the particularly shy and lonely Avigal (Vanessa Paradis), who forces Fioravante to consider his new and fairly unorthodox profession.

With pitch-perfect comedy performances from Turturro, who also directs the movie, as well as Allen, Paradis, Sofia Vergara, Sharon Stone and Live Shrieber, the film's premise's seemingly short half-life is bolstered by a fine selection of Hollywood talent. Woody Allen's Turn As A Pimp Is One Of The Movie's Highlights.

Though the movie's comedy sequences, particularly the pimp work by the hilarious Woody Allen, are sure to keep audiences entertained, critics who saw the film at September's Toronto International Film Festival found that Fading Gigolo's best moments are staged during Fioravante's interaction with widow Avigal.

Seeing as the movie was written and directed and performed in by Turturro, you could be forgiven for thinking Fading Gigolo was a vanity project and indeed the word "vanity" is one that pops up frequently under critical evaluation. Film.com's Jordan Hoffman knifes the movie, deriding it as "among the most shameless vanity projects [he has] ever seen." Hoffman grapples with what he believes is an "absurd premise" due to the consistently good looking and supposedly lonely women Turturro's character is given.

On the other hand, Variety's Peter Debruge rates the film highly, "While vanity played no part in the project, the pic forces audiences to consider Turturro in a completely different light," adding "his passion wins out."

Fading Gigolo will be released on the 18th April in the US and on the 23rd May in the UK. 'Fading Gigolo' Is Headed For Wide Release In Late Spring 2014. 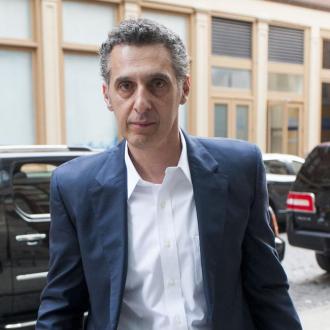 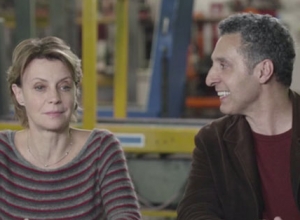