"Do you want me to smile?" Navajo actor Roger Willie asks in a tone of voice that implies he'd rather not.

Willie isn't accustomed to this press tour thing. In San Francisco with co-star Christian Slater and director John Woo to talk about the World War II drama "Windtalkers," he seems to view posing for pictures as a necessary evil. It's just part of this weird Hollywood ride he's been on since being picked to play a Navajo code talker in the film.

The code talkers -- American Indians who used the Navajo language to send encrypted information during the war in the Pacific -- were absolutely vital to several Allied victories over Japan between 1942 and 1945. They braved the battlefield, toiled sometimes 48 hours without sleep during offensives, and their code was never broken. Based on a complex and ancient dialect that has no written equivalent, it drove the Japanese code-breakers crazy.

Willie was spotted by Woo's casting agents when he accompanied a relative to an open call for Indian actors in Colorado, and while he doesn't like to smile for photos, the taciturn first-time film star does light up a bit when talking about "Windtalkers," which is the first movie to feature these unsung American Indian heroes.

"They actually went out to Indian country, to Navajo country, to look for Navajo actors. That tells you a lot," Willie says, noting Hollywood's habit of casting white actors in war paint for old Westerns.

His feelings are even stronger about Woo's reverence for Monument Valley in Arizona, where the film's opening and closing scenes take place. "We don't look at Monument Valley as a place for tourism. When we look at it, that's it -- that's Navajo. There's such a strong spiritual connection with that place. This film gives it a sense of holiness, rather than (using it as a background for) the U.S. Cavalry riding across."

Woo, who is known for stunning imagery in his films and used nearby locations for the memorable rock-climbing opening of "Mission: Impossible 2," backs Willie's notions of the region. "The idea was (to use) Monument Valley to represent heaven -- it's so beautiful, harmonious, spiritual -- and then from heaven, going to hell. The idea being that war is hell."

Much of "Windtalkers" depicts the Battle of Saipan as one man's personal hell. Nicholas Cage is the film's main character, a Marine sergeant assigned to protect a code talker played by Adam Beach ("Smoke Signals") after being shaken by an earlier battlefield failure that wiped out his entire unit and sent him to the hospital for months.

"The story is really set up to see how Nic's character has lost all faith and is blindly going through this war and blindly following orders," offers Slater, who plays another marine with a sunnier disposition who acts as a bodyguard for Willie's character. "(Cage's marine) is very confused and conflicted. I just don't think my character has developed those kinds of issues yet -- he hasn't gotten as jaded. He's basically a pretty happy guy."

In the film Cage tries to distance himself from Beach because he's under orders to kill him if they're about to get captured. ("Protect the code at all costs," his superiors tell him in a bit of Hollywood creative license.) But Slater's and Willie's characters bond, even learning to play a duet on a wood flute and a harmonica.

"When I heard that Christian wanted to do the part," says Woo, "I was so surprised and so appreciative, because I felt with Christian the character would be stronger and more believable, and he would make a big contrast to Nic Cage. Nic is sort of cold and mean, and has a lot of problems. But this guy has a big heart. He's warm and very humorous. So I was so happy to have Christian."

This in spite of having to re-write the part, says Slater. "When I first read the script...he was described as big, giant, lummoxy-type character named Ox, so (for me) they had to make him from Oxnard, California. I like that they went against type there (and cast me)."

Slater and Woo worked together once before, on Woo's second Hollywood picture, "Broken Arrow."

"I just wanted to have another experience with John," the actor says. "This was even more comfortable. We almost had a telepathic communication. He knew what I could do, what I could bring, and I knew how he works. It felt great. It felt comfortable."

Once Willie settled into the stop-and-start rhythm of filmmaking, he felt comfortable too, because he says he saw Woo's respect for the Navajo people.

"One of the things John was really after was authenticity," Willie concluded. "When you look at the cultural advisers that were involved in this film -- to make sure the language and the ritual aspects were about as authentic and accurate as you can get -- it really tells you the strong interest from the production to get that right." 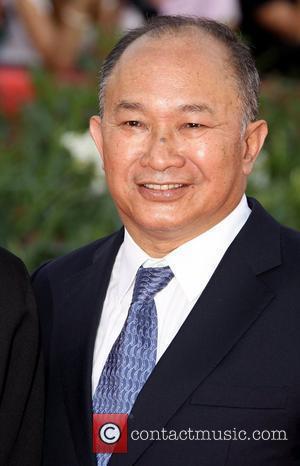 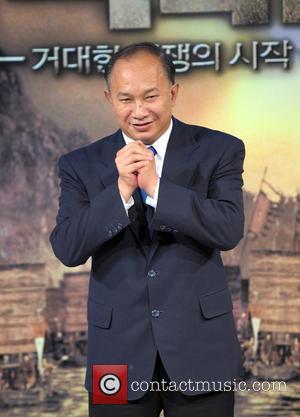