Scottish-American singer-songwriter Johnathan Rice released his debut album 'Trouble Is Real' in 2005, following it up a couple of years later in the shape of 'Further North'.  Now on to album three, he has spent the last few years collaborating with some impressive names, most notably Jenny Lewis and Elvis Costello. 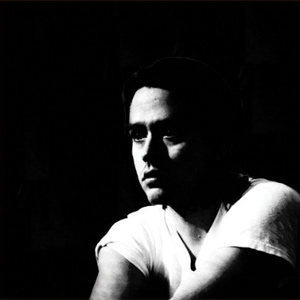 'Good Graces' emanates an organic and sun-drenched approach from Rice's work, evidenced early on in the opening 'Acapulco Gold'.  A chiming, mid-tempo guitar number, it is not the last time that he will match his warm tones to a female companion here - the aforementioned Lewis and Elizabeth 'Z' Berg being just two of the guests.  'My Heart Belongs To You' swoons in a manner befitting the title without being sickly, whilst 'Nowhere At The Speed Of Light' injects a touch of energy to some laidback guitar pop.  It's a shame, though, that 'Empty Head' concludes the first half of the record in something of a clumsy manner - there's nothing wrong with declaring your love for someone, but the opening lyrics of "Take off your dress, I'm so impressed" are neither romantic nor seductive.

Side B, as it comes labelled on the sleeve, finds Rice successfully returning to a summer-inspired sound with the album's title track. Though the chorus isn't the strongest, the feel-good vibe is unavoidable though, surprisingly, it isn't carried through to the album's finale, 'That Summer Feeling'.  Instead, what we are given is a mature and nostalgic track on which the musical accompaniment to Rice is sparingly used, allowing his rich voice to take centre stage.  It may not be in keeping with the general atmosphere of the album, but it is a satisfying end to 30 minutes of mainly enjoyable music.

So how are you doing?