Nothing has been confirmed yet, but the on screen pair certainly sounds like a good idea. 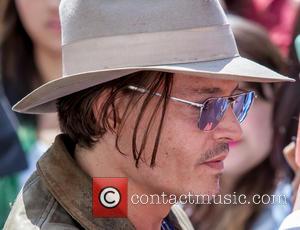 Johnny Depp is reportedly in talks to star in his second film adaptation of a Steven Sondheim musical.

This time it’s Into the Woods. If the deal is struck, Depp would be joining Meryl Streep, who has already been confirmed as the female lead. The actor would be playing the Baker and Streep would be filling the role of the Witch, Broadway.com reports. For those unfamiliar with Into the Woods, the musical tells the story of a baker and his wife, who make a deal with a witch, in order to conceive. Their journey into the woods (hence the title) crosses the couple’s paths with fictional characters like the Little Red Riding Hood, Cinderella and Jack (of Jack and the Beanstalk fame). Each of these fairytales has something to teach our main protagonists and all of the characters show what happens after Happily Ever After.

If he accepts, this won’t be Depp’s first go at a Sondheim musical. The actor played Sweeney Todd in a 2007 adaptation of the popular musical. That film reunited the dream team of Tim Burton, Johnny Depp and Helena Bonham Carter, but it failed to achieve critical success. Perhaps under new direction (Rob Marshall is at the helm of this project), he will handle the genre better. Additionally, Marshall is no stranger to adaptations of Broadway favorites, having directed the 2002 film Chicago – still considered one of the best stage to film adaptations. This would be the first time Depp would get to act opposite Meryl Streep.