Johnny Depp and Mia Wasikowska have been confirmed for the 'Alice In Wonderland' sequel, reprising their roles as the Mad Hatter and Alice respectively. 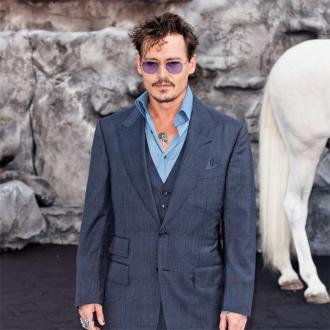 Johnny Depp has been confirmed for 'Alice in Wonderland 2'.

'The Lone Ranger' actor will reprise his role as the Mad Hatter in Disney's follow-up to 2010's smash hit 'Alice in Wonderland', which was directed by Tim Burton.

Disney also announced that Mia Wasikowska will play protagonist Alice Kingsleigh for a second time in the adaptation of Lewis Carroll's classic story.

'The Muppets' director James Bobin will replace Burton as director of the sequel, with Joe Roth, Jennifer Todd and Suzanne Todd producing the movie, which is scheduled for release on May 27, 2016.

It's not yet known whether Depp and Wasikowska's co-stars Helena Bonham Carter (the Red Queen), Anne Hathaway (the White Queen) and Matt Lucas (Tweedledee and Tweedledum) will reprise their roles in the sequel.

The first movie was a hit at box offices around the world, grossing a total of $1.02 billion in the year of release.

Disney has also set a release date for its live action adaptation of 'The Jungle' Book', based on a script by Justin Marks and directed by 'Iron Man' helmer Jon Favreau.