Johnny Depp has reunited with his Platoon co-stars

Johnny Depp has reunited with his 'Platoon' co-stars. 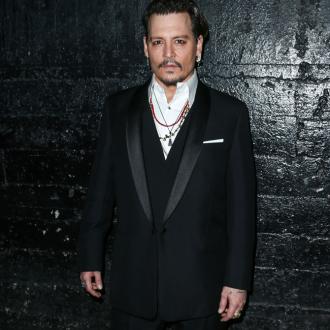 Johnny Depp has reunited with his 'Platoon' co-stars.

The 54-year-old actor starred in the 1986 film, which saw him portray Gator Lerner in the drama, alongside Charlie Sheen and Kevin Dillon, and the three stars met up earlier this week over three decades after they appeared in the movie together.

In the image the 'Pirates of the Caribbean: Dead Man's Chest' star can be seen sporting a Johnny Cash top whilst smoking, whilst Charlie - who has recently embarked on a vegan diet - pouts for the photograph.

Meanwhile, Johnny is set to star in an upcoming movie 'King of the Jungle', which will be based on an article titled 'John McAfee's Last Stand' published in Wired magazine.

'King of the Jungle' will explore how John McAfee - who created the McAfee Antivirus software - relocate to the jungle in Belize where he reportedly founded a compound of ''guns, sex, and madness'', and how he slips into a life of crime and debauchery after US expatriate Gregory Viant Faull is found dead, which is a crime McAfee was believed to have committed, although he was not charged.

And Dillon can most recently be seen in 'Dirt'.