Johnny Depp finds it ''sickening'' when people make music and instantly have fans solely because they have been in films. 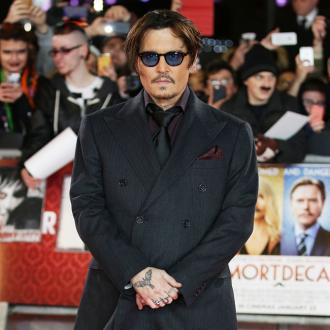 The 51-year-old actor has no plans to become a rock star because he finds it ''sickening'' when people make music and instantly have fans solely because they have been in films.

He said: ''The whole idea for me is a sickening thing. It's always just made me sick.''

Despite having previously showed off his vocal ability in the 2007 movie 'Sweeney Todd: The Demon Barber of Fleet Street', the Hollywood star - who is engaged to '3 Days to Kill' actress Amber Heard - hates the thought of being a musician.

The 'Transcendence' star has previously joined the likes of Oasis, Marilyn Manson, Keith Richards and Ryan Adams on stage to play guitar, but insisted he has no plans to forge a serious music career of his own.

He told The Sun newspaper: ''Music is still part of my life ... but you won't be hearing The Johnny Depp Band. That won't ever exist.''