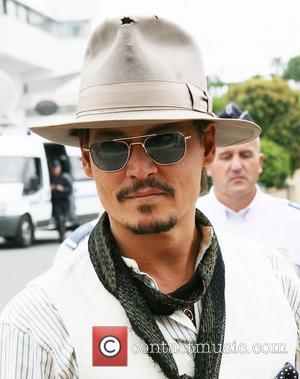 The movie follows the exploits of journalist Paul Kemp (DEPP) a New York native who moves to Puerto Rico in the 1950s to work for a San Juan newspaper. His editor immediately informs him that he regrets hiring him but he finds himself on an island full of sun, sea and unusually high proof rum. It is the second time the OSCAR-nominated actor has played a character based on HUNTER S .THOMPSON after starring in Terry Gilliam's 1998 adaptation of Fear And Loathing In Las Vegas a psychedelic trip through the Las Vegas night life.

The Rum Diary, written in the 1960s but first published in 1998 is a project DEPP has been passionate about for some time and he is credited as a producer. The PIRATES OF THE CARIBBEAN STAR was also a good friend of the legendary journalist THOMPSON before his death in 2005. The movie also stars Amber Heard, Aaron Eckhart, Richard Jenkins and Giovanni Ribisi and will be in cinemas October 28th.