Johnny Depp has admitted his children are sick of Captain Jack Sparrow and no longer find him amusing. 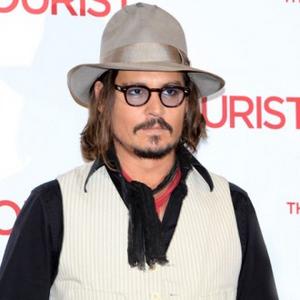 The actor plays the eccentric seafarer in the 'Pirates Of The Caribbean' movie franchise and although his kids, Lily-Rose, 12, and Jack, nine, used to love his impressions of the character, Johnny admits they now find him boring.

He said: "Captain Jack doesn't do it for them anymore. They're so used to him now. I have to make them laugh with new characters.

"Some of the characters I've done in the past were born literally out of playing Barbie with my daughter. And if a new character works, I think, 'OK, I may put him in a drawer and use him again later.' "

However, not all children are sick of the pirate and Johnny, 48, loves to confuse kids he meets by changing from Jack to another of his famous characters, Willy Wonka from 'Charlie And The Chocolate Factory'.

In an interview with Shortlist magazine, he said: "Little kids like to hear Captain Jack. But what really freaks them out is when you go from Jack to Willy Wonka. Suddenly they're like, 'I'm not sure about this guy.' "