Depp lived with and learned from the Comanche people to get the tone right for his character. 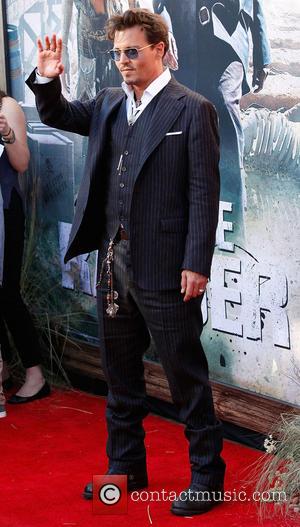 The Lone Ranger – out July 3 – might be named after lead character John Reid, played by Armie Hammer, but, as often happens in these situations, Johnny Depp has been stealing the spotlight of late. Note: by these situations, we mean generally every movie Depp does. While Hammer, who, aside from having the misfortune of being named Armie Hammer is a pretty chill guy, plays the title character, Depp is cast as his Comanche sidekick, Tonto. And despite the cultural appropriation inherent in that casting choice, Depp has apparently given the role the appropriate amount of thought and research. "I'm proud to show [this film] to the Comanche Nation and members of the Indian Nations first," Depp said Friday, according to The Lawton Constitution.”

The 50-year-old (can you believe it?) actor unexpectedly crashed an advance screening of the film in Lawton, Okla., along with his adopted Comanche mother LaDonna Harris. Depp worked with the Comanche people to make his role as Tonto as authentic as possible, and paid tribute to them Friday. Perhaps this level of dedication is what makes Depp such a favorite with fans.

While The Lone Ranger is just another character act for Depp, it could turn out to be a breakout role for his co-star, Armie Hammer. The actor, who played the Winklevoss twins in 2010’s The Social Network, has been largely off the radar since then, but this could turn out to be a breakout role for him. "Johnny and I talked about it from the beginning," said director Gore Verbinski said for People Magazine at the film’s LA premiere. "This movie is all about the chemistry between Johnny and Armie. And this is a unique pair." Hammer apparently also enjoyed the collaboration, telling People: "Believe me, there are far worse people to be stuck to, that's the truth." While the film isn’t really a summer blockbuster and it’s not nearly as hyped as, say, Man of Steel, it is always a treat getting to watch Depp do his thing with a unique character. And with the addition of Hammer, there might just be a new actor on your To Watch List.

Click to view pictures from The Lone Ranger world premiere. The actors teamed up to create an exciting, but authentic adventure.