The Lone Ranger will rely on DVD and Blu-Ray sales to recoup its budget. 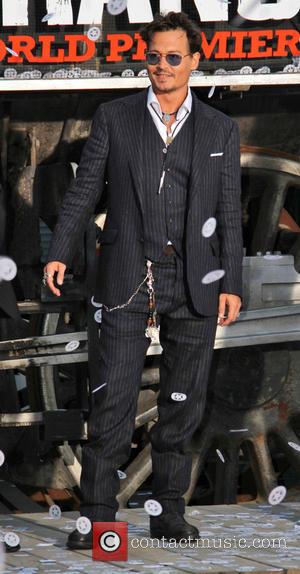 The Lone Ranger took another $10 million on the 4th of July to take its overall total to just $20 million heading into the weekend. Gore Verbinski's new movie, starring Johnny Depp as Tonto and Armie Hammer as John Reid, is tracking for a five-day total of just $45 million - miles off its reported $225 million budget.

In contrast, the minions of Despicable Me 2 are celebrating after a huge $34.3 million opening day on July 3, which sees it pacing to wrap the weekend with $125 million, almost double its budget. The original movie, starring Steve Carell as the evil genius Gru, earned $56.4 million during a more traditional three-day opening in July 2010.

Disney staff have presumably entered the sweepstakes to guess which executive will be clearing their desk first after this mess. The Lone Ranger is potentially another John Carter - the big budget flop that cost studio boss Rich Ross his job. Everyone concerned will be preying that Depp's name on the posters will be enough to pull in the crowds over the July 4th weekend, though a slew of horrible reviews and a less than prominent promotional campaign has not helped the cause.

Elsewhere in the long-weekend box-office, Monster's University came third with $5.4 million to take its earnings to $191 million to date. It should reach $250 million before exiting theaters for home video. Last week's No.1, the comedy The Heat, dropped to fourth place with $5.2 million, though the movie has already surpassed its $43 million budget and should reach $100 million easily, reports the HDRoom.com.

With perhaps an air of desperation, Disney are already targeting Blu-ray and DVD pre-orders for The Lone Ranger. The movie has cracked Amazon's Top 10 bestsellers Blu-Ray chart. Which is something.