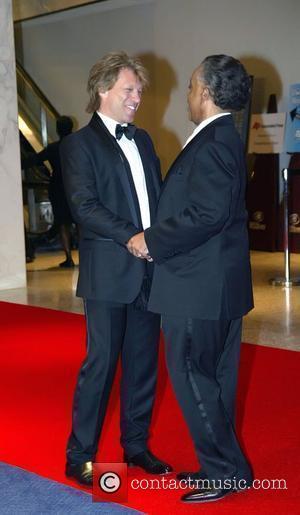 Rocker Jon Bon Jovi has given up cigarettes - because he refuses to pay the huge insurance premiums needed to cover a smoker.
The Livin' On A Prayer hitmaker picked up the habit while filming 1994 movie Moonlight and Valentino, but finally decided to turn his back on tobacco after trying to buy life insurance - and realising he was paying over-the-odds due to his love of cigarettes.
He tells Q magazine, "I swore off them before the tour and I'm happy to say that I haven't picked them up again.
"(I quit because of) the cold hard truth. I tried to get life insurance and the price with smoking was so ridiculous it was enough to p**s you off and just throw them in the garbage. So it was cold f**king turkey."
Tickets are now available for Bon Jovi's short residence at the O2 Arena, London running on June 7, 8, 10, 11, 13, 17, 19, 20, 22, 23, 25, 26 2010.