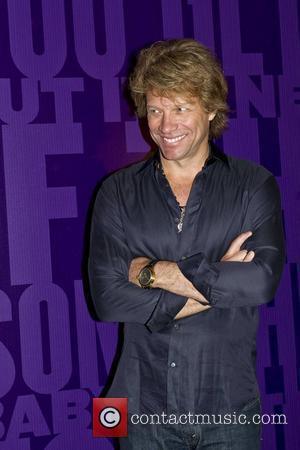 Rocker Jon Bon Jovi and his longtime manager have parted ways after working together for the past five years.
The Bon Jovi frontman recently cut ties with Jack Rovner after deciding they were heading in "different directions".
It was rumoured Rovner had been fired by the singer after messing up a VIP ticket package, sold as part of the group's latest tour, which was meant to give die-hard fans the chance to meet and greet their idols.
However, Bon Jovi has dismissed the allegations, insisting creative differences is the real reason behind the business split.
In an email to the New York Post's Page Six gossip column, he writes, "The boring truth is we decided to go in different directions and thanked both Jack and his team for a great job. He is and will remain a close friend and someone who I will be very grateful to for his dedication."
Meanwhile, a spokeswoman for Vector Management says, "Jack and everyone at Vector are very proud of the work they did (with Bon Jovi) together over the last five years, including their first Grammy Awards, first number one chart debuts globally, and even a number one on the country charts."