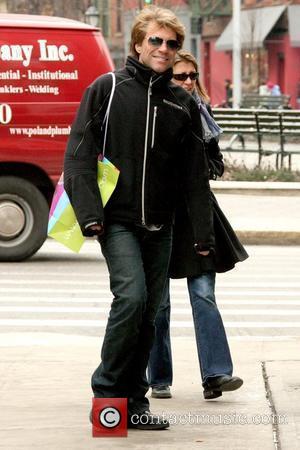 Jon Bon Jovi is using his free time in between concerts on Bon Jovi's latest U.S. tour to school himself on homelessness in local communities.
The group is currently promoting their new album The Circle and the singer has been spending his spare time visiting shelters and housing programs to learn more about neighbourhood projects.
The work is all research for Bon Jovi's own charity, the Jon Bon Jovi Soul Foundation, which aims to build affordable housing and set up community kitchens in poor neighbourhoods.
The rocker says, "I've spent the last quarter of a century touring, going from arena-stadium to hotel back to arena-stadium-hotel. This time, because of my foundation's work over the last six years building affordable housing, on my days off and when the opportunity arises... I will go to shelters and try to learn more about the issue and how to combat it."
And Bon Jovi is planning to meet up with Los Angeles Times columnist Steve Lopez, whose friendship with homeless and mentally ill music mastermind Nathaniel Ayers inspired 2009 movie The Soloist, for a personal tour when the band performs in California next Thursday (04Mar10).
Lopez wants to show the singer the city's notoriously rough Skid Row neighbourhood and he's sure the experience will give Bon Jovi a fresh perspective on the issue of homelessness.
He tells the Associated Press, "Skid Row is an eye-opener. I don't know Jon Bon Jovi, but I suspect he may come out of this with a keener sense of how many people are suffering in this economy, and of how many people in Skid Row are dealing with a combination of financial, physical and mental health issues, many of them veterans."