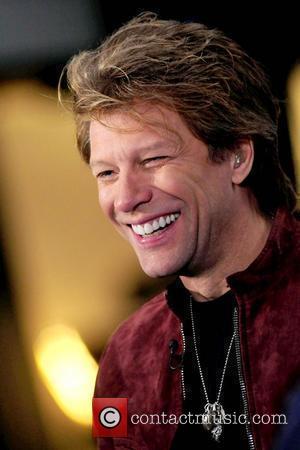 Jon Bon Jovi's representative has spoken out to assure fans the rocker's family is "home and healthy" after one of his sons was admitted to hospital at the weekend (20Dec09).
The child, whose identity has not been revealed, was taken to the Riverview Medical Center in Red Bank near the star's New Jersey home in the early hours of Sunday.
The boy's ailment was not reported to be serious and authorities have refused to disclose the nature of the incident.
He was discharged from the hospital later that morning and the Livin' On A Prayer singer's publicist, Ken Sunshine, insists all is well at the Bon Jovi family home.
Sunshine tells the New York Post, "They're all home and healthy."
Bon Jovi has three sons - Jesse James Louis, 13, Jacob Hurley, seven, and Romeo Jon, five - and one daughter, 16-year-old Stephanie Rose, with his wife of 20 years, Dorothea Hurley.