A man who admitted burgling Jon Bon Jovi's home during a crime spree New Jersey in is facing five years in prison. 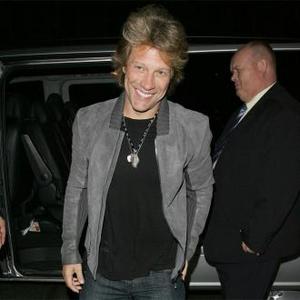 Nicholas Tracy went on a crime spree in Middletown Township, New Jersey, taking some $300,000 worth of jewellery and personal items from the people's homes, including the 'Bad Medicine' rocker.

Ten days after his last break-in on April 3, police were called to the same area and caught the 22-year-old red handed as he tried to rob another house.

He pleaded guilty to three counts of theft and burglary in the Superior Court at Freehold yesterday (04.09.12), and will be sentenced to five years prison on October 12, as part of a plea deal.

Although Jon declined to say what was taken from his home, court papers alleged it included jewellery worth $100,000. Police have said they recovered at least some of the goods taken by Nicholas.

However, criminal's legal troubles don't end there, as he is also awaiting trial on several further burglary charges from the Toms River area of New Jersey, which also took place earlier this year.

Jon is not the only celebrity to have trouble with a break-in recently, as a man forced his way into LL Cool J's family home in Los Angeles last month. However, Jonathan E. Kirby wasn't so lucky, as he tripped an alarm, causing the rapper and actor to spring into action, breaking his jaw, nose and ribs and detaining him until the police could arrive. He now faces 38 years to life in prison if convicted, due to his lengthy criminal record.