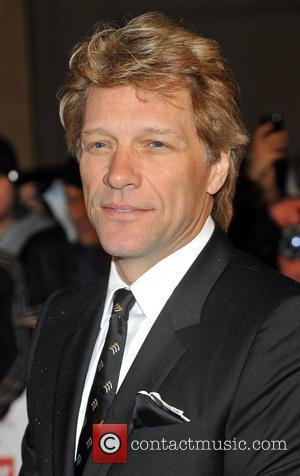 Jon Bon Jovi was stricken with worry as superstorm Sandy battered America's East Coast on Monday night (29Oct12) after learning his wife and kids were trapped in their New York City home during the chaos.

The rocker, who is in London on work duties, urged his partner Dorothea to take their children out of town when he heard about the disaster, but she had missed her chance to escape and instead had to wait for the heavy winds and rain to pass.

Bon Jovi admits he had a tense night fearing for their safety, telling Britain's Daily Express, "I said she should go to our New Jersey house but she told me it was too late, the street was already closed off."

The singer was relieved to find out his loved ones emerged unscathed when Sandy finally died down, adding, "They were fine but the power went out. They're hoping to get it back on soon."