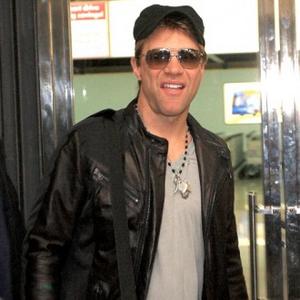 The 'Livin' on a Prayer' singer unveiled The Jon Bon Jovi Soul Kitchen in Red Bank, New Jersey, on Wednesday (19.10.11) and he admits his aim for the eatery is to provide low-income families with an affordable alternative to fast food.

He said: "At a time when one in five households are living at or below the poverty level, and at a time when one out of six Americans is food insecure, this is a restaurant whose time has come. This is a place based on and built on community - by and for the community."

The restaurant - which is located near Jon's hometown of Sayreville - started life as a "community kitchen" serving meals in various locations before making a 1,100 sq ft former garage its permanent home.

Customers have the option of either paying for their food or eat for free and work as volunteers and the "organic" and healthy dishes include pork chops with fig and apple chutney and rainbow beet salad.

However, Jon insists he won't be preparing any food because he is hopeless in the kitchen.

He said: "I'm an expert at washing dishes, but I can cook less than zero . But picture the coolest brasserie in your hometown, that's what this is. It's the hottest-looking restaurant in this town."