Jon Bon Jovi's Heart Was Back In His Native New Jersey As He Performed In The United Arab Emirates On Thursday Night (01oct15) As He Paid A Touching Video Tribute To A Teenage Athlete Who Died After Sustaining An Injury On The Football Field. 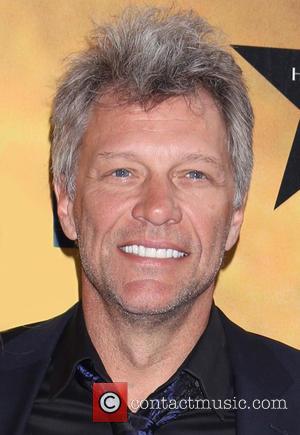 The rocker posted a video message on YouTube after learning about the death of Evan Murray.

Bon Jovi also displayed Murray's jersey number, 18, on his guitar while performing a concert in Abu Dhabi on Thursday (01Oct15).

Prior to the gig, the rock star filmed the video, in which he expressed his deepest condolences to the family of the deceased, who like Bon Jovi and his bandmates, hails from New Jersey.

"I heard word about Evan, and as a father of football players, my heart, my prayers and my thoughts go out to the Murray family," he said. "You are in my prayers. To all the team, I wish you the best this season and keep it up guys... Win one for Evan."

The band dedicated Who Says You Can't Go Home? to the 17-year-old quarterback, who lost his life after suffering a lacerated spleen while playing for Warren Hills Regional High School.