Rocker Jon Bon Jovi Has Signed Up As Executive Producer For An Upcoming Tv Series. 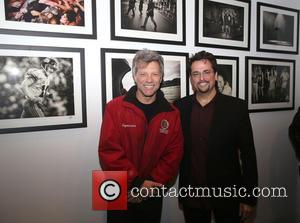 The Bon Jovi star will work on reality TV show If I Wasn't A Rock Star, which will follow famous musicians as they return to their hometowns to consider what life might be like if they weren't in the music industry.

In a statement, Jovi said, "I was drawn to this project simply because it will be a celebration of the working men and women of this country. They are the real rock stars."

Weinstein added in a statement, "We couldn't be more thrilled to be teaming up with Jon Bon Jovi and the teams at Prototype and 3 Ball to bring 'If I Wasn't a Rock Star' to audiences. The series will offer music fans a chance to see their favorite stars as they've never imagined them before. We can't wait to see what other amazing talent comes on board."