Jon Bon Jovi, Christina Aguilera, Sting and Bruce Springsteen have signed up to play a benefit concert for the victims of Hurricane Sandy. 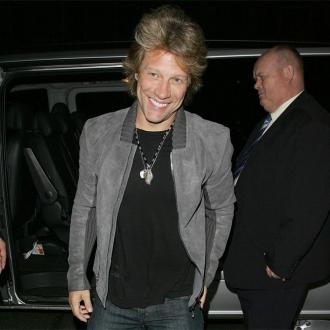 Jon Bon Jovi and Bruce Springsteen will play a benefit concert for the victims of Hurricane Sandy.

Jon rushed home earlier this week after the storm hit New York and his native New Jersey, causing billions of dollars of damage and leaving many people homeless and he has pledged to help raise money for those affected.

Also on board for the 'Hurricane Sandy: Coming Together' telethon and concert this Friday (02.11.12) are Bruce Springsteen and his E Street band - other New Jersey natives - and Billy Joel, who comes from Long Island, New York.

Other stars performing include Christina Aguilera, Sting and Jimmy Fallon.

The concert will be broadcast from NBC facilities in Rockefeller Center in New York City and all proceeds will benefit the American Red Cross, who are providing food, shelter and support to those affected by the hurricane.

As John cut short his promotional duties in Europe to fly back to the US, he told website MailOnline: ''I really need to get back home having spoken to my wife and kids, who are Jon Bon Jovi to play Hurricane benefit concertstuck in New York. I need to be with my people. Thankfully, my family are safe.''

Around 20,000 people were also evacuated from Hoboken, New Jersey, after being trapped by floodwaters contaminated by sewage and where live electric cables lay hidden.