Richie Sambora believes bandmate Jon Bon Jovi is so talented he can make music out of anything. 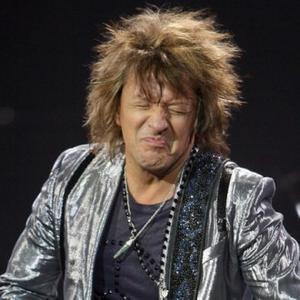 Jon Bon Jovi can pull songs "out of his butt".

Bon Jovi's frontman - who was inducted into the Songwriters' Hall of Fame in 2009 - can produce hit tracks from seemingly nowhere, according to his bandmate Richie Sambora.

The guitarist told BANG Showbiz: "Jon's like the quarter-back and he'll be pulling songs out of his butt!"

Despite having such a huge back catalogue, Bon Jovi have not stopped writing new material.

The group are currently mid-way through a 12-night residency at London's O2 Arena - which kicked off last Monday (07.06.10) - and have promised fans can expect something different every night.

Richie said: "In this place you're going to see a change every night because there's repeat clientele and it makes it different for us.

"Sometimes we'll just pick an obscure song we haven't done in 25 years. We've got 12 studio albums and a box set of like 50 songs that were previously unreleased.

"I think our master set list is somewhere around 90 songs."