Actor Jon Cryer Discovered Demi Moore Had Dumped Him From Her Housekeeper. 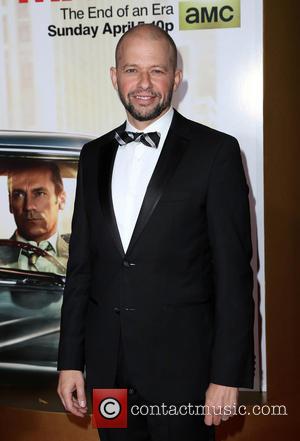 Picture: Jon Cryer - A host of stars were photogrpahed as they attended the AMC Celebration of The Mad Men 7 Episodes Of "Mad Men" With...

Cryer and the actress fell for each other while shooting 1984 movie No Small Affair, when he was 19 and Moore 22, and embarked on a "whirlwind" romance.

He says, "We were both just excited to be in a movie and she was fresh out of (soap opera) General Hospital... I recall being amazed by it on a daily basis. At the time, she was more grown up than me and much more sophisticated and I had a feeling I got in a lot deeper than she did."

And while Cryer doesn't remember much about their brief relationship, he does remember how he found out that she was no longer interested in being his girlfriend.

Cryer had to revisit his brief romance with Moore when her then-husband Ashton Kutcher signed on to replace Charlie Sheen in Two and a Half Men in 2011.

While Cryer admitted he was initially nervous to ask Kutcher if he knew about the relationship, the That 70s Show star eased his new co-star's worries and said, "Demi told me - it's cool. Don't worry about it."