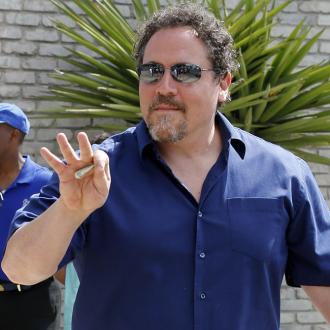 The 47-year-old actor, who stars in 'Chef' as Carl Casper, a Los Angeles chef who quits his job in a top restaurant owned by Riva (Dustin Hoffman) as he searches for a way to reignite his passion for food, insists grub translates well on screen.

He said: ''It's amazing how well food translates to cinema, you know it's very cinematic. There is something about food that is just hypnotic.''

Favreau - real name Jonathan Kolia - also confessed he worked very hard to get his knife skills on point by practising with wife of 14 years Joya Tillem.

Talking at the film's premiere, yesterday (09.06.14) at The Old Truman Brewery in East London, he told BANG Showbiz: ''There are some camera tricks in there, that I learnt from my 'Iron Man' days, but I worked very hard to get my chef skills down more so for the attitude, the stance and the behaviour.''

Favreau is joined on screen by an A-List cast which includes Modern Family's Sofia Vergara, John Leguizamo and 'Her' actress Scarlett Johansson.