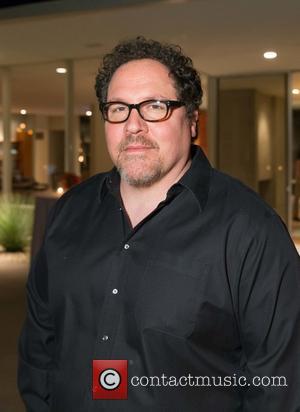 Favreau became friends with Musk after his Iron Man star Robert Downey, Jr. suggested the engineer and inventor was the closest thing to his surperhero alter-ego, Tony Stark, and invited him to the set.

Over the years, Jon has enjoyed a number of treats thanks to the Tesla architect and recently rolled up to the Star Wars: The Force Awakens premiere in Hollywood in Elon's latest model, the family-friendly Tesla X.

And, during a recent chat with U.S. chat show host Jimmy Kimmel, Favreau revealed he actually had the pleasure of driving the futuristic "mini-van".

"I pull up to pick up my teenage kids in the mini-van and then the big door goes up like (the DeLorean in) Back to the Future, they hop in and then I start driving and show them that the car is driving itself. It scared the hell out of them.

"I'm very impressed. It parks... If you drive past the parking spot and your car will fit in it, a little 'P' pops up on your screen and you pull up and you hit reverse and it parks for you... It's very cool."