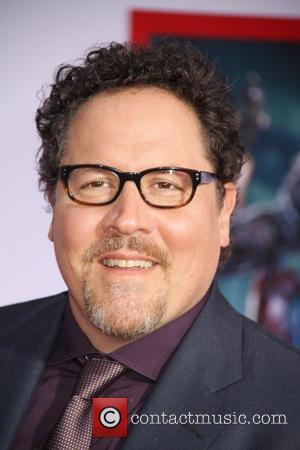 Director Jon Favreau and actor Simon Pegg have led the tributes to special effects pioneer Ray Harryhausen following his death on Tuesday (07May13).

The moviemaker and stop-motion model animator passed away in London at the age of 92 and the messages of condolence have started to trickle in, with the Iron Man filmmaker and British funnyman Pegg among the first to remember the icon.

Taking to Twitter.com, Favreau writes, "RIP Ray Harryhausen. He was a source of inspiration, the master of stop motion, and even a voice actor in Elf. His work still holds up."

Pegg branded Harryhausen "an inspiration and a legend", adding, "His influence cannot be measured and has shaped cinema as we know it", and his Hot Fuzz co-star Edgar Wright tweets, "I loved every single frame of Ray Harryhausen's work. He was the man who made me believe in monsters. Glad to have met him. A true legend."

Actor Seth Green posts, "Thank you Ray Harryhausen for inspiring us more than you could ever know", and comedian Patton Oswalt quips, "If I believed in God, I'd want him to be like Ray Harryhausen - nudging us one frame at a time toward the sublime & fantastic."