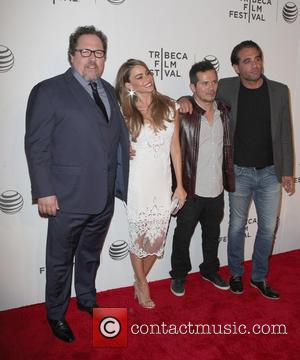 Actor and director Jon Favreau discovered he had what it takes to become a great cook while prepping for his new role in movie Chef.

The Iron Man star admits he has always worshipped the top kitchen wizards from afar, and after working alongside Roy Choy in Los Angeles, he realised he could be one of them.

Favreau tells Wenn, "It was a pretty short process relative to what chefs go through, but I got a taste of it. Roy Choy oversaw my training. He felt indebted to the culinary world and wanted us to depict it accurately. I shadowed him in four of his restaurants and food trucks, then I went off to traditional French training at a culinary school in L.A. for a few weeks. I also did prep work in Roy's kitchens and I started working the line for three months.

"I actually did an event with chefs at the Bel Air Hotel for a tasting menu, and I helped prepare the meals. The other chefs saw me working and warmed to the idea that I was working so hard."

And no one gave Favreau a second look: "I was in the kitchen and you could see me. One guy on a food truck recognised me on the truck and I said, 'I'm usually working on the grill cheese truck'. And he said, 'Oh, that's where I know you from!' People wouldn't think to look."

The whole experience has given Favreau a new dream: "I would love to open a restaurant. I would love to do something with the food we served on the set. It was so good.

"We're trying to figure out how to get people to eat it when they see the movie. I want to figure out a way, just for the fun of it, to have people actually eat the food in addition to seeing the film, because it really did taste as good as it looked."