Jon Favreau thinks his co-star Scarlett Johansson will make a ''wonderful'' mother when her baby arrives later this year because she's so down to earth. 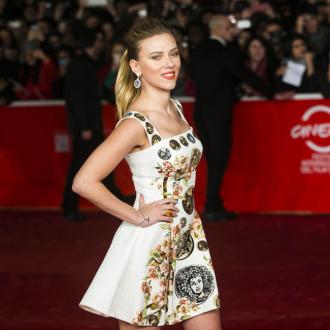 Jon Favreau thinks Scarlett Johansson will be a ''wonderful'' mother.

The 'Chef' actor believes his co-star, who is expecting her first child with her fiancè Romain Dauria, will make a fantastic mum when her tiny tot arrives because she's so ''talented'' and responsible.

''She's one of my favourite people because she's smart, she's talented and she's really down to earth and a hard worker ... She's always pleasant to be around and she's got really good instincts about scenes, she helped me on 'Chef', she helped me a lot with the script and her character. She's good, people.''

The 29-year-old actress, who is reportedly four months pregnant, had previously talked about her desire to start a family at the end of last year, saying in December: ''I would like to have my own family, that would be nice.

''They say it's never the right time and I am sure that's true, but I think you have to plan it like anything else.

''At some point it is something I look forward to.''

Scarlett and Romain, 31, got engaged in August last year, and the 'Captain America: The Winter Soldier' star has previously said she didn't want to ''rush'' tying the knot, as ''being engaged is an exciting time to enjoy and to really savour.''

The marriage will be Scarlett's second after she was previously wed to actor Ryan Reynolds between 2008 and 2011.