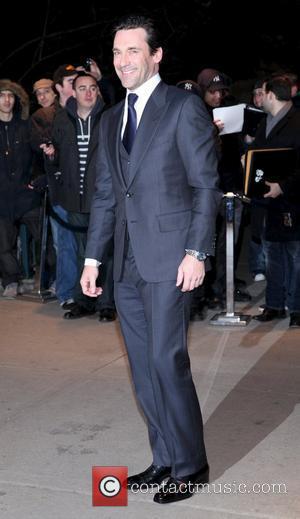 Jon Hamm has slammed 'stupid' celebrities like Kim Kardashian and Paris Hilton, in a recent interview with Elle magazine. He's not the only actor recently to have lashed out at the Kardashians; James Bond star Daniel Craig called them "f*cking idiots" in an interview with GQ magazine and now, the Mad Man actor Hamm has picked up where Craig has left off, tarring Paris with the same brush.
The Huffington Post have quoted the article, in which Hamm says "Whether it's Paris Hilton or Kim Kardashian or whoever, stupidity is certainly celebrated," he told the magazine. "Being a f**king idiot is a valuable commodity in this culture because you're rewarded significantly." He goes on to say "Incuriousness has become cool. It's celebrated. It doesn't make sense to me." Kim Kardashian has made her fortune via a series of reality TV shows based around her family life. Last year (2011) she married Kris Humphries, but their televised relationship lasted only 72 hours. Like Paris Hilton, Kardashian first came to mainstream notoriety with the leak of a private sex tape.