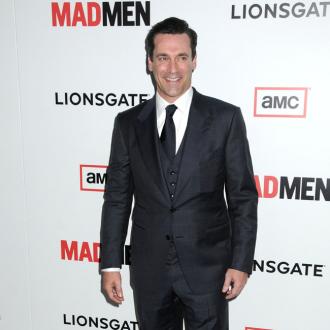 The 'Mad Men' actor loves the British show and makes sure to catch up on it whenever he can.

He said: ''I'm fascinated by 'Downton Abbey' and I was a late adopter of 'The Wire'. I watched the show over the course of two weeks.''

Jon recently directed an episode of 'Mad Men' and though he was initially reluctant to get behind the camera, he decided to accept the offer after seeing how well his girlfriend Jennifer Westfeldt and 'The Town' co-star Ben Affleck juggle both acting and filmmaking.

He told Us Weekly magazine: ''Initially I said, 'No thank you'. But then I saw her balance acting and directing very capably.

''Ben was also inspiring. As an actor your focus is in front of you but as a director, your focus is 360 degrees. It's like a switch you have to flip, he's good at it.''