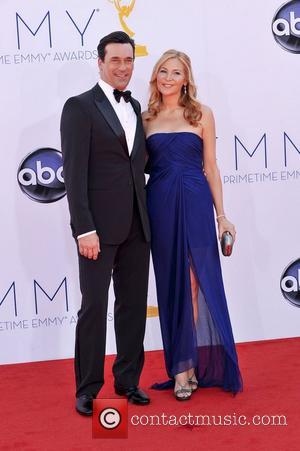 Jon Hamm tested his wits against a group of young chess masters at a screening of a new movie about the high school champions.

The Mad Men star and his partner Jennifer Westfeldt hosted a New York screening of new documentary Brooklyn Castle, which tells the story of how a group of students at a struggling inner-city school became U.S. national chess champions.

The young stars of the film attended the premiere at Manhattan's Soho House venue and boards were set up, prompting Hamm to take on young chess wizard Rochelle Ballantyne, according to New York Post gossip column Page Six.

The publication reports Hamm lost the game as the youngster "wiped the floor" with him.