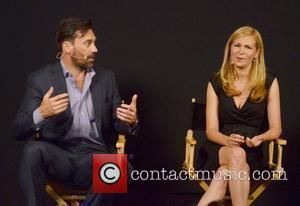 Mad Men has been a hit with the critics and the award-givers since its inception. Despite that, its audience figures have often seemed to keep the lid firmly shut on its 'cult' status. The fifth season of the show, however, looked to be changing those fortunes, as the season finale drew in its biggest audience ever.

According to The Telegraph, Mad Men's cable channel AMC revealed that the 1960s advertising agency drama surpassed its previous series' viewer figures by around 15 per cent, drawing in an average of around 2.6 million US viewers per episode. The show's creator was pleased with the news and told reporters in a statement "We make 'Mad Men' for the fans. My goal is to tell a compelling story and entertain people and it thrills me that people keep watching." Amongst the plotlines in season five, viewers were treated to LSD trips, hallucinations, fisticuffs and the usual work-based dramas that they have come to expect from the show. The final episode airs tonight in the UK and is expected to draw a record crowd. Mike Hale, of The Sunday Times said that the finale leaves fans with "smaller and more intimate questions" to ponder than the suicide of Lance Pryce the previous week.

Mad Men, starring Jon Hamm as the central character of Don Draper has won the 'Best TV Drama Series' Emmy award for four years in a row, despite its relatively low viewer figures.