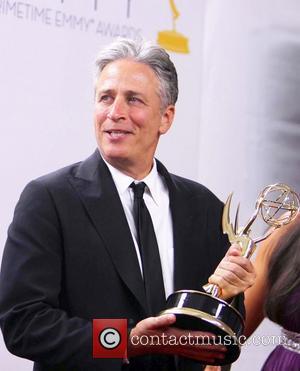 Jon Stewart’s departure date from the Daily Show has been confirmed and it’s coming up fearful soon folks. Don’t panic too much though, he’s not gone forever and it’s a safe pair of hands that’ll be taking over from him while he’s away – correspondent John Oliver.

While he’s away Stewart will be directing his first feature film, titled Rosewater and adapted from the book Then They Came For Me: A Family's Story of Love, Captivity and Survival by journalist Mazir Bahari. As the Los Angeles Times reports, the book and film tells the story of BBC journalist Bahari, who was sent to an Iranian prison for four months on suspicion that he was a spy. Among the evidence against him was an appearance he made on The Daily Show, during which correspondent Jason Jones appeared in a deliberately goofy spy outfit.

Meanwhile the Daily Show gets Olivier from June 10th until September 3rd, when Stewart will return. The British comedian has been with the show since 2006 so certainly knows the ropes, and in a statement he said "Don’t worry, it's still going to be everything that you love about 'The Daily Show,' just without the thing that you love the most about it." Guests scheduled for his first week in charge include Seth Cohen, Armando Iannucci, Marvis Staples and Fareed Zakaria. Jon Stewart is going to be away for almost 3 months