The American comedian and political satirist, Jon Stewart, has appeared on Egypt's equivalent of The Daily Show. 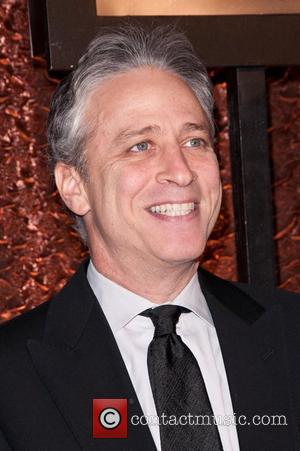 Jon Stewart, US writer, comedian, and host of Comedy Central's The Daily Show, has made an appearance on Egyptian television's top satire program, Al-Bernameg. He was introduced as a guest after being brought out by suited goons underneath a hood to the sound of Star Wars' Imperial March. After the hood was whipped off and he was introduced as Jon Stewart, the crowd exploded into cheering and applause.

Al-Bernameg, which translates to The Program, is Egypt's equivalent of USA's The Daily Show where a mock news studio and news presenter is used to send up political figures and occurrences. The program is hosted by Bassem Youssef, who rose to fame as an incredibly popular comedian after making online political videos mocking Egyptian politics during the 2011 uprising.

An unmasked Stewart began to speak to the audience in Arabic, saying "thank you" and "please sit down, I am a simple man who does not like to be fussed over" over and over again before he explained in English that that was all he could memorise. The rest of the interview was conducted in English, which included Stewart's upcoming Iranian documentary Rosewater, and the issue of satire in a country as strict as Egypt.

Youssef was arrested earlier this year and interrogated for reportedly insulting Islam and Egypt's leader, Mohamed Morsi. The former heart surgeon's arrest was criticised by Washington and he appeared on The Daily Show in April, after his release.

Treading carefully, Stewart recognised that Bassem's job is a lot more risky than his own on the American program, yet argued that "satire is a settled law. If your regime is not strong enough to handle a joke, then you have no regime," to wild cheers.

The 50 year-old comedian is currently on a 12 week sabbatical, taking a break from his hosting position on The Daily Show, which will allow him to direct the middle eastern political documentary Rosewater. The documentary will be based on the memoir written by Maziar Bahari - an Iranian journalist who wrote his account of being imprisoned after falsely being accused of being a spy during 2009.

British comedian John Oliver assumed Stewart's role on The Daily Show from 10th June until Stewart returns at the end of this summer. Jon Stewart: The Political Satirist And The Daily Show Host Has Appeared On Egypt's Al Bernameg.