Pair didn't get a chance to send their condolences on Monday 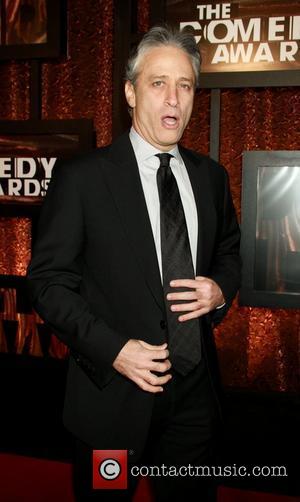 Jon Stewart and Stephen Colbert weren’t about for The Daily Show on Monday evening, but they were back yesterday to follow the rest of America in paying tribute to the city of Boston and how they were coping with the terrible events of the day before when two explosive devices went off at the end of the Boston Marathon.

Both Stewart and Colbert had plenty to say on the subject, the below just a couple of excerpts of their thoughts on the incident. “I really hate the fact that I can cross-reference my thoughts to so many other events that have occurred over the years — so I'm not going to. I'm just going to say this to Boston: Thank you,” said Stewart, “Thank you for once again, in the face of gross inhumanity, inspiring and solidifying my belief in humanity and the people of this country. So thank you for everything you've done."

Colbert meanwhile commented  “I just want to take a moment to talk about the attack in Boston yesterday. Obviously, our thoughts and our prayers are with everybody there. And as the president said, we don't know who did this, but they will be found, and they will be brought to justice.” Continuing he added “But whoever did this obviously did not know (anything) about the people of Boston. Because nothing these terrorists do is going to shake them. For Pete's sake, Boston was founded by the pilgrims — a people so tough they had to buckle their (darn) hats on. It is the cradle of the American revolution. “