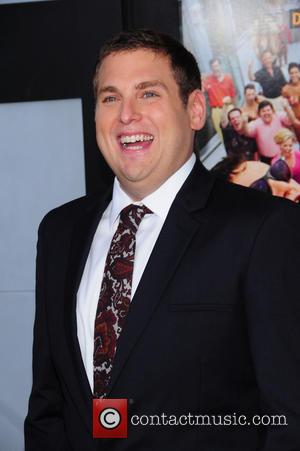 Jonah Hill worries his career has already peaked after working with his hero Martin Scorsese in The Wolf Of Wall Street.

Hill, who was nominated for a Best Supporting Actor Oscar for 2011's Moneyball, fulfilled a lifelong dream by working with Scorsese and Leonardo DiCaprio in the new movie, calling the project the "greatest experience" of his life.

However, he now fears any future film project will feel insignificant after working with the revered Goodfellas director.

Hill tells MTV, "I wrote him a note when we wrapped the film and exchanged gifts, I wrote him a note about how grateful I was to be included in the movie and I said, 'Well, the rest of my life is just egg noodles and ketchup,' which is (the line) at the end of Goodfellas. Like, how do you compare any other work experience to working with Martin Scorsese for six months? It was just the greatest experience of my life."