[Video] Jonah Hill hosted 'SNL' for the third time, acting like Hollywood's biggest hot shot, but his 'Wolf of Wall Street' co-star Leonardo DiCaprio was onhand to bring the 30 year-old back down to earth. 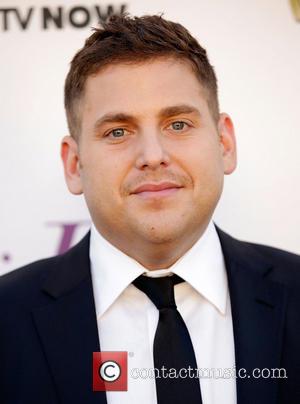 Jonah Hill made is return to the set of 'Saturday Night Live' this past Saturday (Jan 25th), but he didn't come alone.

The 30 year-old was hosting the comedy show for the third time but was feeling very confident of himself after earning an Academy Award nomination for 'The Wolf of Wall Street'.

Hill, who is widely known for his comedic roles, has decided to tackle more serious roles in the last couple of years and, while performing his opening monlogue, he made sure the audience knew of his recent accolades.

"Honestly, my whole life feels like a dream come true right now," he said in his opening monologue.

Adding, "Between 'Moneyball' and 'Wolf of Wall Street' and getting nominated for my second Academy Award, I just couldn't be more grateful."

A very agitated Jonah even claimed Leo wasn't even meant to be in the Martin Scorsese-directed movie.

"I call up Marty Scorsese, I say, 'Marty its JH. I'm ready to get in the ring together.' He says, 'Finally,'" he said. "Then I say, 'Should we get DiCaprio on board?' And Marty says, 'I don't know if he can handle it. Sure he's a movie star and puts teenage girls in the seats. But we need a real actor like you.'"

Hill and DiCaprio in 'The Wolf Of Wall Street'

Things got a little awkward when DiCaprio suddenly joined the 'Superbad' actor onstage to confront him of these claims, which led Hill to admit he was "being a big shot."

"Jonah, I knew this was going to happen if you got nominated," Leo said. "You don't have to pretend anymore. You're a real actor now. You should be humble. You should be gracious."

Hill replied by asking the 39 year-old, "Remember when we were on set and I'd great really nervous? Can we do the thing that we did every time? The thing that made me feel safe."

DiCaprio said yes and then they both re-enacted the flying scene from 'Titanic', while performing a few lines of dialogue from the 1997 film as 'My Heart Will Go On' played in the background.