Jonah Hill has been praised for lightening the tone of 'The Wolf of Wall Street', which tells the tale of scandalous stockbroker Jordan Belfort's debauched lifestyle. 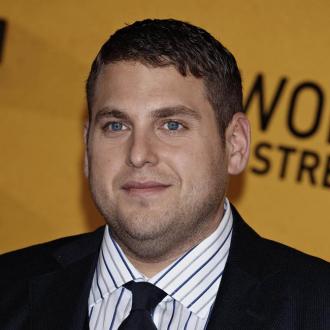 Jonah Hill has been praised for lightening the tone of 'The Wolf of Wall Street'.

The 30-year-old comedian provides comic relief to the new Martin Scorsese movie, which tells the tale of Wall Street stockbroker Jordan Belfort, and producers Riza Aziz and Joey McFarland feel his role was essential because the film could have taken a dark turn in its reflection of drug and alcohol abuse, prostitution and economic greed.

McFarland told BANG Showbiz: ''When you have Wall Street in your title people think it's going to be another Wall Street scandal or another rise and fall [story]. When we brought Jonah on board, it lightened the tone on set and let people breathe a little bit and have fun with it.''

Hill - who is best known for comedy roles in '21 Jump Street' and 'Superbad' - also brought improvisation to the movie with co-star Leonardo Dicaprio.

Speaking at the UK premiere of 'The Wolf of Wall Street' in London's Leicester Square last night (09.01.14), Aziz said: ''Those two guys would riff off each other a lot on set and having those improvisational moments would lead to movie magic. Having those guys come up with those kinds of moments of comedic genius, it's pretty amazing to watch. It's important for the movie.''