Actor Jonah Hill Stunned Onlookers In California By Reportedly Packing On 70 Pounds (32 Kilograms) For His Role In New Comedy Arms And The Dudes, Four Years After Wowing Fans With His Slimline Look. 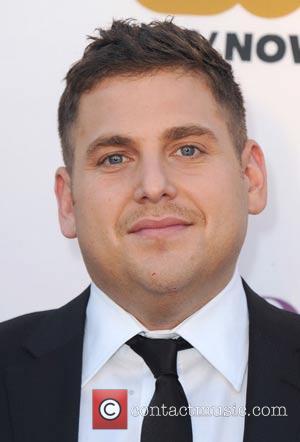 The Oscar nominee famously shed the pounds before his starring role opposite Brad Pitt in 2011 baseball drama Moneyball, but he has been sporting a chubbier frame of late, and on Wednesday (29Apr15), the 31 year old shocked photographers when he was snapped on the Burbank set of the new Todd Phillips film.

Images obtained by WENN clearly show The Wolf of Wall Street actor is noticeably heavier as he shot scenes with co-star Miles Teller in the movie adaptation of a Rolling Stone article about U.S. government arms dealers.